Interesting Easter traditions from around the world

While The Stone Grill builds up to the potential opening in May, we have been looking at the wider world a lot more. One thing we were all interested in was any strange Easter traditions from around the world.

We have our Easter eggs and the egg hunt, but what do other countries do over the holiday?

You would think Italy, as the home of Catholicism would be very stoic and observant. They are those things over Easter but they can also have fun. Fun like Ruzzolone.

Ruzzolone is cheese rolling and is done throughout Easter week. Locals take turns in rolling a wheel of cheese around town using a stick with the aim of using the fewest strokes of said stick to circumnavigate the town.

Germany may be seen as a serious country but locals do have a great sense of humour. One example of that is the green meal served on Maundy Thursday.

Depending on your tastes, the entire meal has to be green. That could be vegetables, a leafy or herb salad, pea soup or something suitably coloured.

Spain is the country of the siesta and fiesta but also the Mona de Pascua. The Mona de Pascua is a cake shaped like a ring doughnut topped with boiled eggs. It’s a strange one but works for them.

Catholics traditionally give up eggs for lent so the Mona de Pascua is the first chance to enjoy them again. The cake is apparently very popular!

Where the Germans go green for Easter, Greece goes red. They use red to signify the crucifixion and resurrection and will dye eggs red and use them in a game a little like conkers.

Children will hit each other’s egg with their own and the first to crack loses. It can get a little messy but it’s a novel way to celebrate Maundy Thursday!

The Polish like to do things differently and their Easter celebrations are no different. One aspect we particularly like is the water fight. Children make water balloons and fill buckets with water and throw them at anybody they see.

It’s a wet, fun-filled Easter that has roots in ancient fertility rituals from the region.

Croatia also dares to be different. They celebrate Easter with bonfires and songs. They sit around the fire as families and groups, eat food, drink and sing songs collectively.

It’s a nice tradition that brings people together and doesn’t rely on bought stuff.

Beware spending Easter in the Czech Republic! One of their traditions involves males walking around town cracking brightly coloured switches and whips looking for girls. The idea is to ‘lightly’ whip females in order to encourage good health and beauty.

We’re not sure about this one to be honest but it takes all sorts to make a world!

Do you have or know of any strange Easter traditions? Tell us about them in the comments. 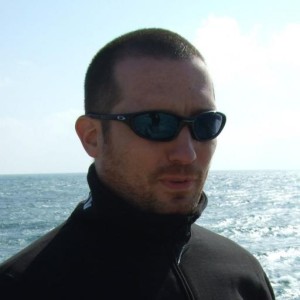